99 Years Ago in Philadelphia: Second Week of August, 1915

"Physical Freak" Kills Self To Avoid Dissection, Gets Dissected Anyway 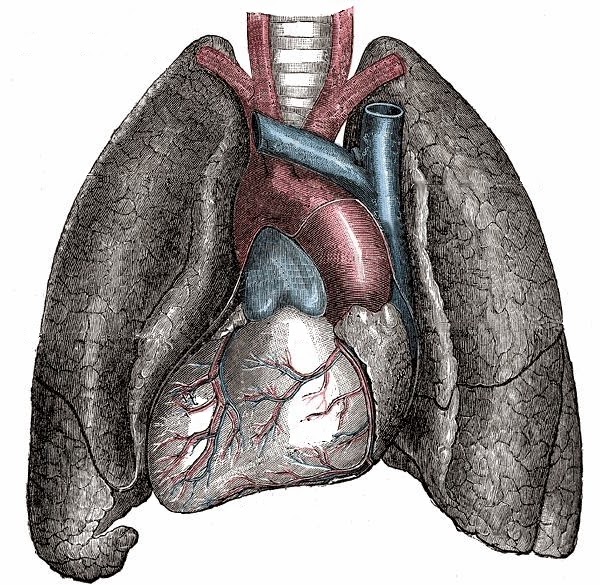 William Gutmiller, a German immigrant boarding at 922 Nectarine Street (now the parking lot of Union Transfer) had a problem. He was born with a genetic disorder now called Situs Iversus, which in 1915 was just called "transposed organs" or "transposed heart". His internal organs were reversed. At the time, this condition generated great interest in the medical community, especially because doctors thought it was cool that his heart pumped rightward instead of leftward.
Gutmiller was put on display to students at Jefferson Medical College for a little while and was offered a whole pile of dough to live in Jefferson Hospital under observation for the rest of his life. This freaked Gutmiller out. Those doctors and medical students must have given him some funny looks because Gutmiller became convinced that they were going to kill and dissect him to whet their crazy appetites.
In the second week of August, 1915, Gutmiller was found by his landlady, Mrs. Mary Earley, with a bottle of poison in his hand, gagging and choking. He later died at Hahnemann Hospital. Having no known relatives, the Coroner was ready to throw his dead ass into a potter's field when both doctors and Mrs. Earley started chomping at the bit to get that corpse. The doctors wanted it because of its medical curiosity, Mrs. Earley wanted it because Gutmiller owed rent. Mrs. Earley claimed that Gutmiller put his own body up for collateral, telling her that she could sell it when he died to pay off his debt.
Coroner William R. Knight was disgusted by both parties and insisted on the potter's field. The State Anatomical Board overruled him, stating that Gutmiller's body would have to go to a medical institution unless someone pays for his burial. Mrs. Early said "fuck that" to the burial cost, so Gutmiller ended up on the dissection table at Hahnemann Hospital, the very thing he feared his entire life.
Today, Situs Inversus is no big deal. It effects 1 in 10,000 people, a lot more common than people thought it was 99 years ago. NBA player Randy Foye and Home Alone's mom both have it.


Audenreid: "Women on the School Board!?!? Are You Out Of Your Fucking Minds!?!"

In the Summer of 1915, there came to be many openings on the School Board, due to both term limits and the death of the Superintendent. In the second week of August, 1915, the president of the Civic Club of Philadelphia, Gertrude Biddle, demanded that some of these positions be offered to women. The dude in charge of the crew that voted on these positions was Charles Y. Audenried, Secretary of the Board of Judges.
At first, Audenried was receptive, citing that the Board had a woman on it once, but that since then the Board was made smaller and was to be staffed with "persons well-known to the entire population". He then stated "Woman's normal place is in the home and no woman has stood out prominently for that reason". This understandably pissed off the Civic Club, who came back to Audenried with a list of qualified women. Binders full, so to speak.
Audenried dismissed one after the other. Many were leaders in the suffragist movement and others were leaders within the school district itself. Audenried stated that he was too busy to keep up with famous suffragettes so he had never heard of any of them. He denied the others based on their employment within the district, but he would accept their application only if they resigned.
As it ended up, the vote on the new Board was on October 1st, 1915. All men were elected, though two female candidates were considered: Dr. Ruth Webster Lothrop, head of the Women's Medical College, and Mrs. Mary Van Meter Grice, President of the Home and School League. Charles Y. Audenried's legacy is the shitty high school named after him.

Urban Farm on a Green Roof

Oh, so you thought Urban Farms and Green Rooves were a new thing, eh? Well, in Philadelphia of 1915, Harry Konollman of 1631 North Street was way ahead of his time. This dude was nuts.. he owned a combined double rowhouse where he ran an auto repair garage on the first floor and lived with his family on the second. On the third, Konollman installed chicken coops brought in 400 (FOUR HUNDRED) white Leghorn chickens.
On the roof of the third floor, Konollman installed cartload after cartload of dirt, brought up there one bucket at a time. He grew corn, egg plants, spinach, tomatoes, carrots, beans, peas, and cabbage. In 1915 his tomato vines got so large that they hung down to the street. On the flat roof of the second floor, Konollman installed a free-range chicken run so his chickens could get out of the coops once in awhile. He later got plumbing installed to more easily bring fresh water up to the roof.
Harry Konollman ended up being one of the best chicken dudes in the area and got even better at raising chickens, learning how to tend to their illnesses and selectively breed the best egg producers. He would eventually bring his chicken number down to 175 and add at least three more species to the list. The next year, Konollman covered his chicken run area with a few feet of dirt and started growing their feed in his bathtub. He eventually was selling 60 dozen eggs a week, a buttload of vegetables, and of course, more chicken meat than you could imagine. He was recognized for having one of the cleanest chicken operations in the region.

Hey West Philly, Would You Mind Not Bathing for A Few Days?

In the second week of August, 1915, the Belmont Pumping Station broke down, causing a water shortage in West Philadelphia. Every resident of West, for three days, would have to track and limit their water consumption to 120 gallons per day.
West Philadelphians freaked out, complaining that they couldn't keep it that low with all the clothes washing, milk diluting, wine making, and general cleaning that needed to be done each day. Chief Carleton Davis of the water bureau had the perfect solution: the right amount of water could be saved if no one bathe for those three days and throw in a fourth if they can.
No one really knows how this all turned out, but it was never mentioned in the annals of history again so it can't have been that bad. A year later, a bigger water crisis would hit West Philly when the George's Hill reservoir sprang a leak and caused mud to come out of everyone's faucets for a whole month.