99 Years Ago in Philadelphia- Start of September, 1915

In the Fall of 1915, the year-old Chestnut Street Opera House started showing movies in addition to their usual lineup. The Triangle Film Corporation handled the movie side of the Opera House and put a call out in all the local papers for ushers using only four words: Wanted: Six Attractive Girls. The next day, 50 of the city's most beautiful unemployed women showed up to the 1000 block of Chestnut Street, all vying for the 6 available jobs.
This caused quite the stir to the usual passersby, many of whom thought there was a beauty contest going on at the Opera House. The Triangle Film Corp's reps then came out on to the street and warned the crowd that the usher job will have a strange requirement: each usher will be required to wear a uniform that looks exactly like the costume worn by Sarah Bernhardt in the 1900 opera L'Aiglon.

Upon hearing that not only would they have to dress in pants for the job but also carry a sword while they worked, many of the women left. The remaining ladies became the Opera House's new ushers.

Rumble Erupts at a Tango in the Tenderloin

Back in 1915, the Tenderloin, an area we call part of the Loft District/North Chinatown/Eraserhood today, was a crazy place. Even a fun little party could lead to chaos. This was the case in the first week of September, 1915, when friends Jennie Murphy and Margaret Wilson decided to throw a Tango party, inviting two dancing partners for themselves, Thomas Murphy and William Carr, to their house at 330 N. 11th Street (later demolished to make way for the Reading Viaduct).
Before any music or dancing even began, all four had a difference of opinion on how to properly execute a Tango and got into a vicious fight. Each one started throwing any object they could get their hands on at each other, including china, pottery, picture frames, forks, and spoons. When a china plate flew out the window and nearly hit a pedestrian, the cops were called. Officers Slook, Lowery, and Hayes ran over from the nearby police station at 10th and Buttonwood and entered the house through the front door.
Upon the appearance of the cops, all four arguers suddenly united against the one thing they all hated: law enforcement. They proceeded to then pelt the three officers with the very household objects they were just dodging. The cops ran down the basement steps and hid under some chairs for several minutes until the four attackers ran out of stuff to throw. They then climbed back up the stairs and were able to get them to surrender.

Giant Pile of Crap Left Behind By the Billy Sunday Tabernacle

Billy Sunday was a former Philadelphia Phillie that later in life became the single most influential preacher in the United States. He would go from city to city, erecting giant temporary structures where he could evangelize to thousands at a time (without a sound system!). Sunday's Tabernacle came through Philadelphia in March of 1915.

Well, by the first week of September, 1915, a giant pile of debris was still leftover from the long-gone ministry-- chairs, sawdust, hatpins, all kinds of trash. The problem with this, of course, was that the tabernacle had taken place on city-owned land that had just been cleared for the construction of what we now call the Ben Franklin Parkway. This site in particular was about to be prepped for the construction of the new Central Library!

Joseph M. Steele, chairman of the local Billy Sunday Committee, refused to take responsibility, saying that the rubbish was the remains of houses demolished for the Parkway, not the temporary Billy Sunday structure. He claimed the city was trying to pull something over on the Billy Sunday crowd. Meanwhile, a city resident who also claimed that there was a big pile of Billy Sunday trash in front of his house was ready to fuck the committee up as well.
The city ended up having to spend $500 clearing Billy Sunday's shitpile in order to start construction on the Free Library, which was completed in 1927, many years later. Billy Sunday himself is pretty much responsible for Prohibition getting passed... so leaving a giant pile of crap behind for others to clean up is not the worst thing he ever did.

On June 11th, 1915, an act was passed stating that "modern conveniences" should be available in every tenement house in the city. It was not until the first week of September, however, when any of part of this act was actually enforced. On that week, Arthur E. Buchholz, supervisor of the Department of Sanitation of the Bureau of Housing, chose the five occupied properties in the city that were in the worst condition: 1231 Kenilworth St, 909 Poplar St, 620 North 3rd St, 916 Lombard St, and the only one still standing today, 1133 Pine St.
The problem, however, was this: they couldn't find any of the owners of these places. The solution? Arrest the tenants! Some of them were just living at these places, others were proprietors that worked for the owners. Each defendant made the excuse that they've pleaded with the owners of their buildings to repair the places but never got a response. No record exists of what happened after this, but even today the city has a hard time finding certain slumlords. If only Philadelinquency was around back then!

Posted by GroJLart at 8:21 AM 0 comments 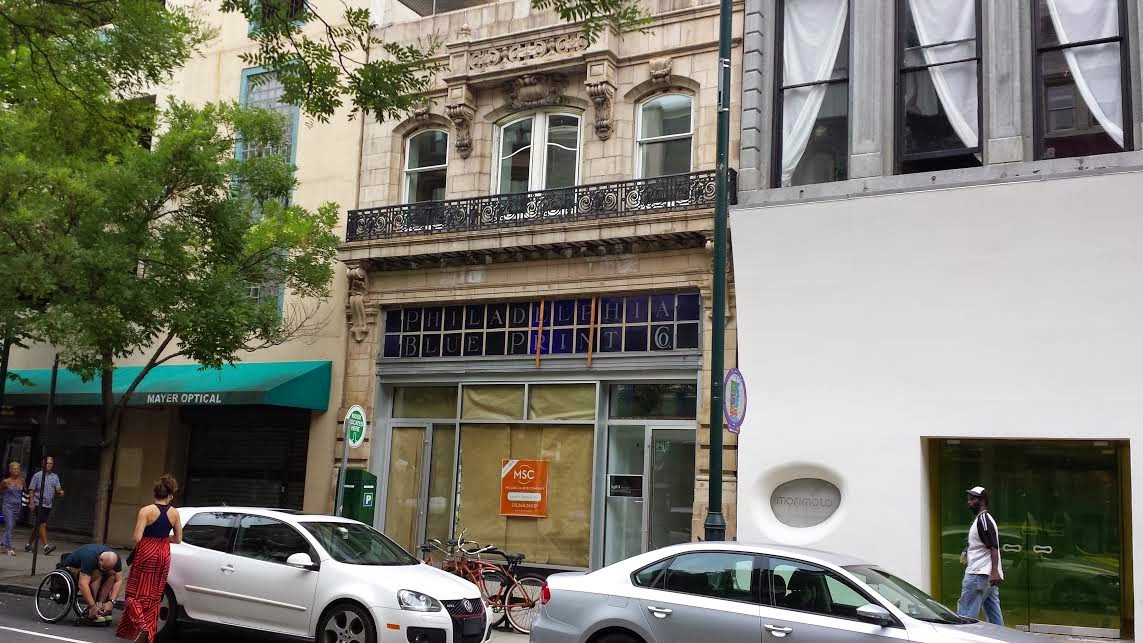 Great transit from the EL and countless bus lines
Makes lots of ways to avoid those parking fines
If you don't think that makes this location tough
You should know its near the historical stuff
So look at this listing and take that punt
You can be the badass that will FILL THIS FRONT!
Posted by GroJLart at 10:15 AM 0 comments