I tried to stay away from this one for as long as I could, hoping this spot would get filled... but its been nearly 11 months and this thing is still empty as fuck. What's worse is that this storefront has had only two tenants in its entire existence in its current configuration. Its location, its size, its length of window coverage, it all kicks ass. Let's get this thing filled.
Though this building has been at the southeast corner of Broad and Walnut for over 100 years, this storefront was created when the Pennsylvania Lumbermens Mutual Insurance Company took over the building in the 1950s and mangled the shit out of it under the designs of Thalheimer & Weitz, known destroyers of Gilded Age awesomeness (ask Chestnut East). The first tenant was a Horn & Hardart location that lasted all the way until the company left Philly in 1982.

In 1984, Robinson's Luggage came along and somehow stayed open at that corner for 29 years until finally folding this last December. It even survived after UArts restored some of the old facade.  Ever since, this prime-ass storefront has stayed empty, doing a whole lot of nothing. There's some sort of pop-up art exhibit type thing going on there now, but that's not gonna last.

This is the 5,378 square foot space at the southeast corner of Broad and Walnut Streets. It has 148 total feet of window frontage that wraps around the corner. Both Broad and Walnut Streets are served by countless buses and the corner has its own stop on the Broad Street Line. The space isn't too far from the El and trolley lines either. This space was able to have two consecutive tenants that lasted well over two decades each. The place is being managed by Metro Commercial and is listed at a price of "Negotiable". Here's the listing. Get on this shit and FILL THIS FRONT!!

Posted by GroJLart at 7:45 AM 2 comments 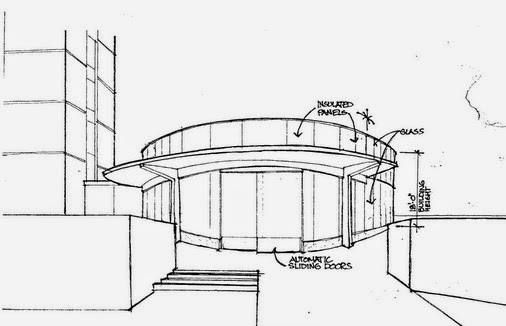 Posted by GroJLart at 8:28 AM 0 comments