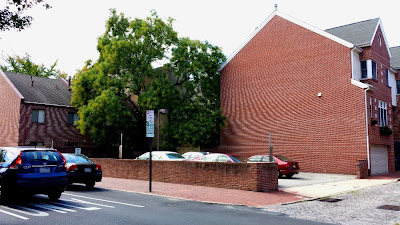 James Forten gets no goddamn respect. He was an African American figure about 1000 times more important than the same old handful of black leaders trotted out every February. This badass was a Revolutionary War hero, one of the earliest abolitionists, started one of the earliest (if not the first) racially diverse workplaces in America, and is arguably directly responsible for the entire black population of Philadelphia (and Pennsylvania). Did I mention that he lived seven months of his life in a dungeon in the lower decks of a British ship? Or that he once walked from Brooklyn to Philadelphia? Or that he was one of the richest self-made men in America? So what does James Forten get for all his great works, his suffering, his contribution to American life? AN EMPTY FUCKING LOT!!!!
Read more at the Philadelphia City Paper's Naked City Blog!
Posted by GroJLart at 1:29 PM 1 comments

After about 15 false starts, I finally had to finish writing about the Bird Building, which has been bugging me with its difficult-to-find history since Philaphilia first started. Read all about it at the Hidden City Daily!
Posted by GroJLart at 11:10 AM 0 comments