Look at this scary-ass shit. These three giant rectangular stick figures freak me the fuck out. They're like the aliens on South Park. Why are the all holding hands like that? Horrible. Just Horrible!!
These 30 foot shitcannons, installed in 1995, are the result of shit that started way back in 1971. When the extremely stupid and shortsighted plan for I-95's waterfront-destroying historic property killing path of destruction through our fair city was first revealed, heroic NIMBYs went fucking nuts over it, and rightly so. To resolve a lawsuit bent on ending the entire project (failed), a consent degree was entered with PennDOT. Supposedly, one of the items on the decree was the construction of a pedestrian bridge over the interstate monkeyshit runway where it destroyed the 0000 block of South Street.
It wasn't until 1995 that the stupid bridge, that's really just a bridge to a parking lot, was built. To satisfy its Percent-for-Art crap, William King was commissioned to come up with a cool sculpture that would show off the pedestrianness of the crappy bridge/park to nowhere. In response, he created these three big motherfucking Zeta Reticulans, who must have visited him the night before. He called it Stroll. King should get strolled for this shit.
To accommodate this humongous steel dildo mesh, the $3.25 million South Street Pedestrian Bridge had to be redesigned to support the size and weight of it. Hope it was worth it, you bastards. The sculpture was dedicated on May 31st, 1995.

Ever since, this stupid-ass sculpture has been sitting there, barely noticed, ever since. No one uses that stupid pedestrian bridge, which would be a hell of a lot nicer if it didn't lead straight to a surface parking lot at the bottom of a bunch of stairs and a long-ass ramp. Rumor has it that the humongous master plan for the waterfront includes an extension of the bridge that would lead to the waterfront. If that ever happens (a BIG if), more people will be subjected to this crappy, crappy piece of public art.
Ya know, if it were 30 foot statues of people that looked like people instead of greys, the sculpture would make a helluva lot more sense. Oh well... we're gonna be stuck with these things for a long-ass time, so you might as well get used to 'em. Shitzod!!
Posted by GroJLart at 6:34 AM 3 comments

What a piece of shit. I appreciate that they tried to make it look like a building, but they could have done a better job. The one time that a large piece of construction happens despite tons of NIMBYism and bad press, and its this. A gigantic pile of donkey testicle souffle.
I already talked a little bit about this shitpeanut in the post about the empty lot that surrounds it. In the 1990's, Jefferson University/Hospital had their eye on the block bounded by 9th, 10th, Chestnut, and Sansom streets. They started buying up properties in the block here and there while a Chicago company called Urban Growth Property Trust, knowing that Jeff wanted the space, bought other parcels. Eventually, it all got knocked the fuck down, creating one humongous empty lot that lasted for four years.

In 2003, InterPark, a parking subsidiary of Urban Growth, struck up a special deal with Jefferson. The two companies would swap independent ownership of the parcels, and InterPark would invest the $35 million necessary to get this big bastard built. InterPark would then own the place while Jefferson would provide the guaranteed customers.
Once plans were announced, people went fucking apeshit against it. What was previously an awesome 19th Century commercial row would become a shitty parking garage with crappy retail. Numerous individual groups of NIMBYs came out against the plan and the press skewered the idea. Jefferson made concessions, allowing the garage to be a bit smaller than originally planned (700 cars instead of 920) and guaranteed that they would open up the storefronts along the 1000 block of Chestnut from the ground floor of the Gibbon Building (they only ended up doing it on the one corner).
They went to Bower Lewis Thrower, the same shitbirds behind the Dockside Apartments, for the design, which would be adjusted to look less like a garage and more like a building. After many delays for zoning variances and NIMBY-assuage, construction began in June of 2005 and the garage opened on May 22, 2006, three years behind schedule.
﻿﻿
﻿                    ﻿9,400 cubic yards of concrete was thrown together to create the 228,000 square foot monster. The whole thing ended up being 7 stories of fuck on top of 1 story of retail that still isn't fully occupied to this day. The only cool thing about the project is the iconic pedestrian bridge that leads to the hospital. I just love a good pedestrian bridge.
To be fair, before this was built, Jefferson's parking needs were dire. They were shuttle-busing employees in from surface parking lots around the city. Nonetheless, there's no reason why they couldn't do this one underground like they did with their Hamilton Garage, built around the same time. Hopefully, this monumental carbox will be the last one they'll need to build for awhile.
Jefferson does intend to build up the rest of the superblock that remains empty, but don't expect to see any cranes in the air any time soon. One day, it will all be filled in and this stupid garage will look a lot less ostentatious... in the meantime (decades, probably), this crappy garage will be sitting there, annoying the fuck out of everyone. FUCK IT!!!

Here we have a Dead-Ass Proposal that would have could have either changed the city for generations or completely flopped and be a ruin today. This project was so huge that it was considered excessively ambitious by the same Philadelphia that had just spent 30 years building their 88-million brick, 548-foot tall City Hall. Now that's ambitious.
Read the rest of this long-ass story at the Philadelphia Citypaper's Naked City Blog!
Posted by GroJLart at 6:44 AM 0 comments 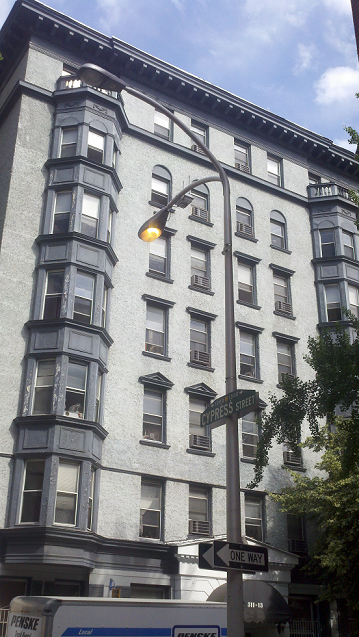 This cool old building has been sitting here at 13th and Cypress for more than a century. Its pretty neat-looking and has managed to keep its cornice and other small details, unlike a lot of other buildings from the same era. Nonetheless, the architect and construction date of this building are a mystery.
The earliest photograph of the Morris Apartments is from a time when it was called the Pascoe Apartment House. The facade was just straight up brick back then (instead of that shitty stucco) and the ground floor was a bit different. Despite being called Pascoe APARTMENT HOUSE, the building was a hotel.

I say the construction date is a mystery because no record seems to indicate when it happened. The only time I can say with certainty is after 1895 and before 1898. This 36,680 square foot monster found a way to be built and occupied without anyone writing down what year it happened! That's fracocta baloney.
The only thing known about the construction is who actually did the constructing, the M.P. Wells company. From what I can tell, this is the only building in the city they completed. No architect has ever taken credit for it. An 1898 ad for the hotel boasts how it has 2 and 3 room suites with their own bathrooms (!!!) and how the heating and lighting was run by an independent plant within the structure. I wonder if its still in there.
Today, the building is called Morris Apartments. I can only assume it was named after Robert Morris, like at least 3 other buildings in Center City. The earliest year I can find the building being called "Morris" is 1918. In that year, the building comes up as the same name it has today, "Morris Apartments". In 1920, the building starts being referred to as the "Morris Hotel", a name it would keep for decades and decades thereafter.
The building itself is in pretty sorry shape, probably because it is managed by the slumlords at the Philadelphia Management Company. Those bastards run a shitload of apartments in many old buildings around the city. Tenants report constantly broken elevators, insect and rodent problems, and leaks throughout. A shame really... a full renovation would yield a building with the grandeur of the stately Victorian castle you see in that old picture above.
So who designed this motherfucker? What year(s) was it built? When will it finally get restored? and What the fuck!?!?! 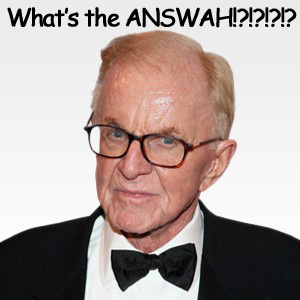