This is a bell tower? Quite pathetic. This has to be Independence National Historical Park's greatest living blunder, and that's saying something. This piece of shit has uselessly stood here for 46 years years, making millions of tourists over that period of time look up and say, "Huh?". It is the spawn of a bad idea that stemmed from more bad ideas. Fuck you, Bicentennial Bell Tower.
People love that goddamn Liberty Bell. For years, Philadelphians have especially gone bananas over this thing. Before it was an oversaturated image that everyone was sick of, the bell was a sacred shrine that existed within another sacred shrine, Independence Hall. Every time the bell was removed from the Hall, people protested... even when it would be paraded around town and returned the same day. In the mid 20th Century, the shit got real.
The new Independence National Historical Park, destroyer of some of  Philadelphia's greatest architectural treasures, was going to bring a lot more visitors to the bell, located in a little hallway at the bottom of a stairway in Independence Hall. It would need to be moved. The first idea was to move it to its own building at 3rd and Chestnut in 1958. People went fucking nuts and the National Park Service delayed the project.
By the early 1970's, preparations for the Bicentennial celebration began. At this point, Philadelphia was trying to put on a Bicentennial Exhibition and World's Fair, assuming that the entire world would be descending on the city. The Liberty Bell would have to be moved to keep Independence Hall from being overrun. The planners went back to 3rd and Chestnut, where a new Visitor's Center would be built... this could be the new location for the Liberty Bell. In 1972, the NHP commissioned the Cambridge Seven firm to design the new center with a bell tower that would house the world's most famous bell.
It was the 70's, so the cutting edge design Cambridge Seven came up with was asinine. An 106-foot rectangular brick tower, suspending the bell from cables all the way down to street level. Special windows would reflect sunlight inside the tower and onto the bell.


Philadelphians went FUCKING APESHIT when they saw the design. They complained that it looked like a prison turret. They complained about the Visitor Center's crappy 1970s-style design. They complained about the bell being too far away from Independence Hall. Frank Rizzo, mayor at the time, endorsed the bell's move but got crushed by the public outrage over the horrible look of the tower.
Eventually, the park folks caved and moved the bell onto Independence Mall, right across the street from Independence Hall. The ugly Mitchell Giurgola Liberty Bell Center was a huge improvement over Cambridge Seven's shitty tower. Despite the bell not moving to the Visitor's Center, the tower was built anyway! It would house a replica Liberty Bell (the Bicentennial Bell) that was gifted by the Queen of England in 1976.

The tower was different from the original design.. the windows were gone and the bottom section was opened up. Smaller rectangular openings were placed at the top-- seemingly to accommodate the Bicentennial Bell. The replica bell was to be rung at the time of presidential inaugurations and coronation of British monarchs, but ended up just being rung every day at 11am and 3pm. After the bell broke in 2005, it was never fixed, letting the world know how forgettably useless that stupid bell tower is.
This dark cloud has a silver lining, however. Bicentennial Bell Tower's days are numbered. The new American Revolution Center is to be built in place of the failed Visitor's Center/Living History Center. The butt-fugly, stained-up, outdated tower is to be demolished. Of course, there is some NIMBY opposition. The destruction of the building and tower will signal the total erasure of the super-ugly bicentennial-era additions to the Independence National Historical Park/Grass Lot Collection. Boo fucking hoo.
I, for one, will be glad to see this motherfucker go down. Hopefully, I can be there when it happens. Its not every day that a piece of butt-fugly public art gets destroyed. Hooray!

Is it a building or is it a parking garage? Well, in this case, its both! Here we have the decaying skeleton of an old building that has been converted into a parking garage. This Brittle Behemoth of Dickbones sure knows how to ugly-up a street corner. As big as it is, it only holds 225 cars.
Back in the early 20th Century, Harrison Cicero Rea was the shit. His construction company was well-known far and wide. He was so successful that he would be asked to be on the boards of banks and consult city agencies. In 1915 he joined forces with the Manufacturers Realty Company to built a speculative factory building at 11th and Race.
The Ballinger and Perrot firm, responsible for many industrial buildings in the city, was called in for a design. They gave Rea & friends a pretty standard design for the time, a six story super-reinforced megabox. United Electric Construction Company installed the electrical equipment. Construction was complete by 1917.

After that, barely anyone wanted to move in. Entire floors stayed empty for years after the building was complete. Finally, a variety of companies started filling the building... everything from clothing to greeting cards would be produced there for the next few decades. In 1945, the building was the subject of a often-cited court case (Goldstein Co. v. Greenberg Inc.) that established that in any joint business venture, all the people involved need to tell each other the truth regarding said venture (I'm not a lawyer but that's what I got out of it).

After that, records are spotty. Its not clear exactly when the building was converted to a parking garage or when the ground floor retail was added, but based on the condition of the storefronts, it was a long fucking time ago. The facade of the upper floors appears to be so dirty, that one could guess that its never been cleaned. A few replacement bricks appear here and there, but other than that, I think we're looking at 95 years worth of shmutz covering this thing.
This last December, a company based in the building next door on 11th Street purchased the building for $1 (nothing underhanded about that lol), ensuring more decades of dirty-ass factory building skeleton gracing this corner. This right here is a garage in need of a makeover. If the facade was cleaned and windows added, it would look like a perfectly normal loft building. Get to it, you bastards!!!

Posted by GroJLart at 6:37 AM 2 comments

Philaphilia is Now One Year Old!!!!


Well, shit. It's been a year since I've started this crazy blog. What started as a fun idea has ballooned into a year-old foulmouthed directory of old buildings, empty lots, and all that other crap. Thanks to everyone that has been reading and commenting... here's to another year of fuck!!!

-GroJLart, King of Philadelphia and France
Posted by GroJLart at 6:40 AM 7 comments

JFK Boulevard from 20th Street to the Schuylkill River

Well before the proposal of the Philadelphia River City, the same area was the site of another massive multi-building proposition, the Century 21 Complex. This mixed use mega-city within a city, if built, would have changed Philadelphia forever. The project, unlike the River City, wasn't killed by NIMBYs worried about shadows... it faded away without a whimper.
Read more at the Citypaper's Naked City Blog!!
Posted by GroJLart at 6:39 AM 0 comments 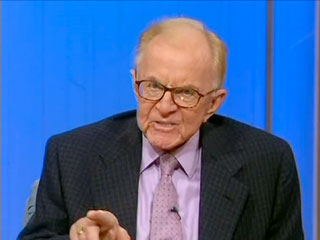 Posted by GroJLart at 6:36 AM 6 comments