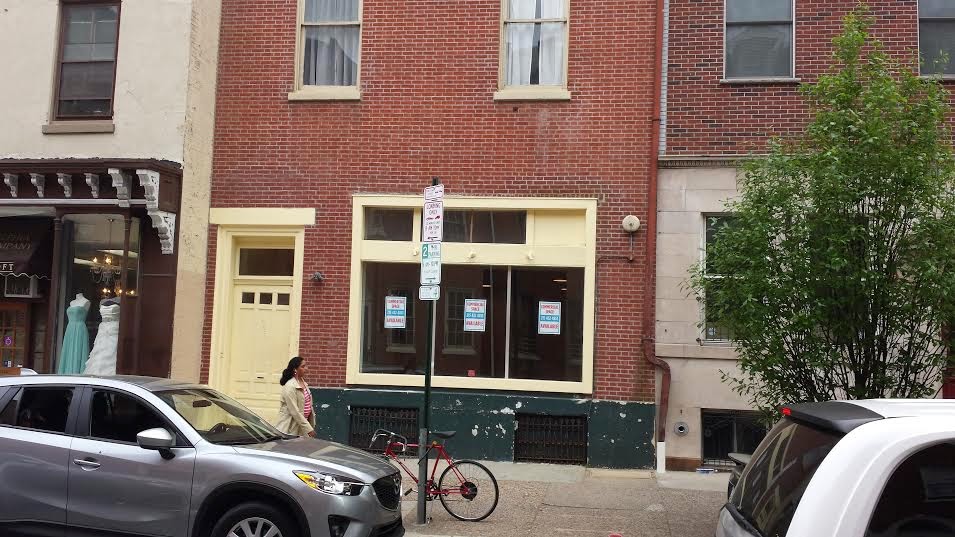 After nearly 2 decades of straight occupancy by the same tenant, this little storefront on the 1200 block of Spruce Street has been empty for 15 straight months. Its about time we FILL THIS FRONT!
I'd like to tell you that this storefront has a long and storied history, but the fact is-- this storefront, despite being in an 150+ year old building, has only existed for about 34 years. The building its located in spent many years as a singular row-mansion... during the Civil War the U.S. Marine Corps Quartermaster lived here. Later on, it was known as the Goddard Residence and in the following decades was inhabited by a number of doctor's home-offices.
In the mid-20th Century, the neighborhood was one of the worst in the city, as hard as that is to believe, and the entire building became a flop house that held a shitload of tiny apartments. In about 1981, the building's current owner came along and installed larger apartments upstairs and turned the first floor into retail.
This guy had one hell of a hard time turning that first floor into retail-- the ZBA didn't like any of the possibilities that had to do with food service-- the restaurant, health food store, and caterer all got denied. Even after that, the place became a revolving door of uses-- its hard to pin down them all but at least one was a Art Supply Store and despite all that ZBA stuff in the past there was a coffee shop there in the early 90s. In the mid 1990s, Uhuru Furniture & Collectibles came along and held down the space for nearly 2 decades.

Uhuru is a store that fundraises for the African People's Education and Defense Fund-- they have locations all over the country. In February, 2014, Uhuru moved to the long-empty store building at the northwest corner of Broad and Parrish. Ever since, this space has been sitting empty and as depressing-looking as ever. Let's get it filled!
This space is about 700 square feet with a nice big-ass display window. I'm told that the rent is $3600/mo + utilities but don't hold me to that. This place is on the mini-restaurant row where Vetri, Vallanni, Mercato, and even Toast beef up the area with awesome. Transit-wise, this is a sweet spot considering the Broad Street Line's concourse is a block away, as is the PATCO's. A bike lane runs right in front of the place. On top of all that, a whole dorm full of UArts students stands just down the street.
What the fuck are you waiting for? Call the number on that window and tell them that you want to FILL THIS FRONT!!

Posted by GroJLart at 9:42 AM 4 comments 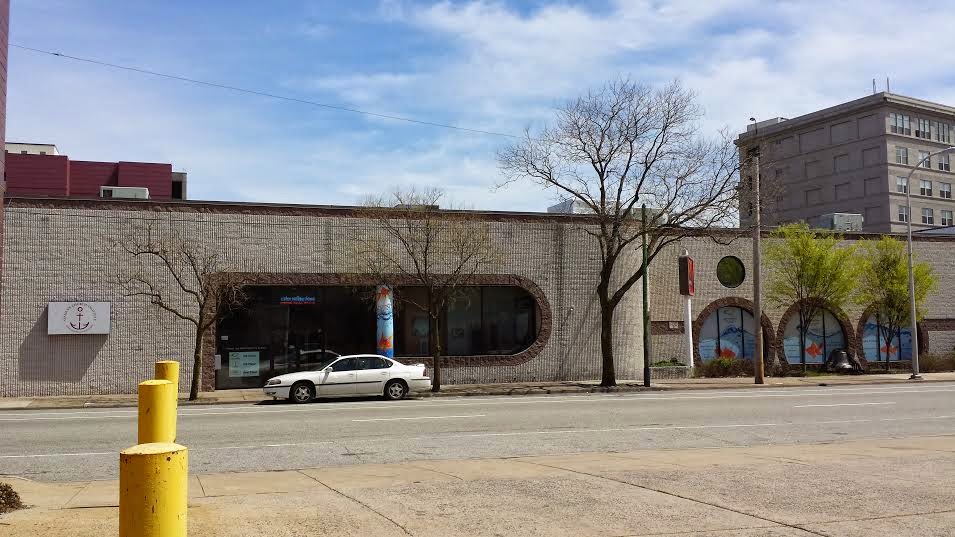 Jesus Christ, what an ugly piece of shit. I understand that its in the Franklin-Callowhill Industrial District so I'm not supposed to expect greatness, but if you're gonna obliterate an entire neighborhood to build industrial garbage with huge surface parking lots in between, at least try to make it look nice!
Before this building was here, the southern part of the original version of Northern Liberties was an actual neighborhood. York Avenue, the diagonal main street of the district, ran right through the middle of where this building is now.

Around 1970, the Franklin-Callowhill Industrial District was created in order to create a manufacturing/warehousing district in the middle of city and supposedly create all kinds of jobs for nearby residents. It was a failure in almost every respect-- urban planning-wise, revitalization-wise, manufacturing-wise... there's not much else to say about it.
In 1983, the construction of crappy short industrial buildings there wasn't done yet. In that year, Altman Brothers Inc out of Glenside, PA proposed a 23,000 Sq Ft juggernaut of ugly called the East Callowhill Industrial Building (real creative). The unfortunate design was by Theodore Brandow of Brandow Design Associates.
The facade appears to be that corduroy pants-looking cladding used on all of the worst buildings I've ever seen. The openings in the facade are big and round with some kind of brown stone trim. Its not visible in the pic above but the facade rounds out at the north and south corners. It was 1984, people. Even I have to give them some leeway for that.
After the building was finished in 1984, its first tenant was COFCO Group, a.k.a. the Commercial Office Furniture Company. They eventually added to the building and installed a mezzanine/2nd floor office space. In 2002, they sold the place for $2.4 Million to the Seaman's Church Institute of Philadelphia, an ancient organization that deals with support of seafarer's and maritime-related crap. They started in Philly way back in 1843 in a goddamn floating chapel!
Today, the Seaman's Church Institute shares the building with Color Reflections, a digital imaging company that printed out large images of a fish and some water to cover those big-ass round windows. I guess they didn't want any sun coming in and fucking their shit up.
As ugly as this pile of shit is, I wish I could say it was the worst-looking building in the shitbag Franklin-Callowhill Industrial District. If you ever have a chance, take a walk around there and check out what a real urban planning mistake looks like up close. You can check out Silk City when you're done, but be careful to put the ugliness of the neighborhood out of your mind before macking on their incredible Silk Cakes.
Posted by GroJLart at 7:38 AM 0 comments