Hidden City Philadelphia is pretty much the highest quality Philadelphia-related site there is. All other Philacentric sites wish they had the level of good shit Hidden City whips out on a daily basis. Hidden City represents the future of publication--- newspapers and magazines as you know them are dying a sad and painful death. Sites like Hidden City are pioneering a new form of media... a media built by small groups of individuals instead of big-ass newspaper/magazine conglomerates busting out crappy rags people subscribe to out of Publisher's Clearing House. Hidden City is a FUBU for Philaphiles.
The thing is this-- all that high-quality crap that Hidden City does costs lots and lots of $$$$$. Show your support for these folks by throwing some scrilla to their cause. Get over to this site and make a nice contribution. If you want to throw down some REAL money, there are special rewards being offered, like a personal tour of small streets by Deputy Motherfucker for Planning and Economic Development and Director of Commerce, Alan Greenberger. That tour has the bonus feature of passing by Philaphilia's Fabulous Secret Headquarters!!! It won't be labeled or anything, but the one-of-a-kind flag from Philadelphia history flying out front gives the PFSH away.
On another note, a few weeks back I asked for ideas for a PSFS Building mural. I've only received two entries, so here they are: 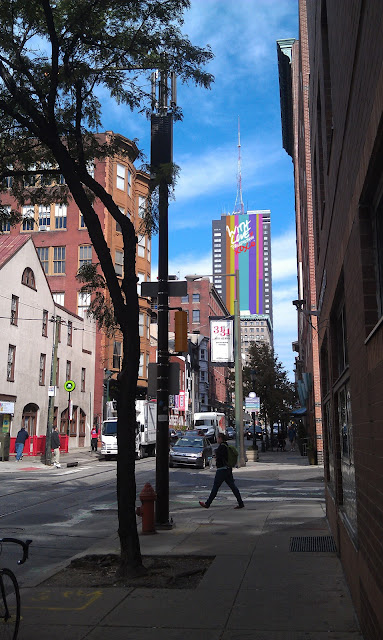 This first one is by Mike Izzo from the JKR Partners firm, headquartered in the old S.S. White Office Building on 12th Street. This multi-colored idea takes advantage of the "With Love" tourist campaign. Pretty cool. That building they're in is pretty cool too... it was constructed as a shorter building and then got an addition of a few floors afterward... not that unusual, except that the entire cornice and shit was moved up with it. Here's the other one: 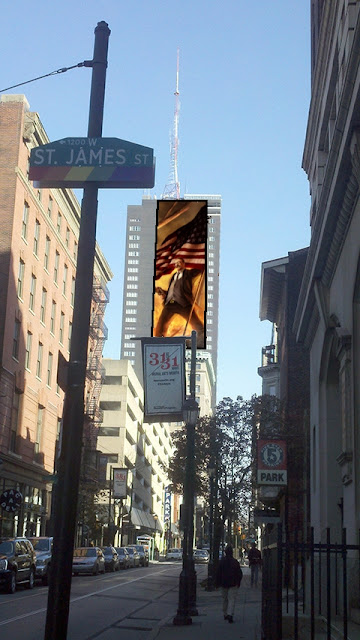 This one is from some dude named Daniel Toms. He describes it like this:

" It should have a constant audio loop. It starts with "LADIES AND GENTLEMAN, I HAVE JUST BEEN SHOT - BUT IT TAKES MORE THAN A BULLET TO KILL A BULL MOOSE!" Then an air raid siren followed with the first 1:02 of audio from this scene: http://www.youtube.com/watch?v=S06nIz4scvI "

Haha, that's awesome. I guess he's referring to the time Theodore Roosevelt, one of history's greatest badasses, got shot in the gut and made a speech afterward like it was nothing. Send me some more submissions! I'll be happy to put them up. Also, if you want to support history's greatest LIVING badasses, support Hidden City Philadelphia!
Posted by GroJLart at 9:23 AM 0 comments

As anyone who reads my little blog knows, I hate surface parking lots with a passion. What REALLY irks me, however, is when a surface lot stays barren for years on end because of a Dead-Ass Proposal. This is one of those proposals. One that contributed to the emptiness of a high-visibility lot for at least 7 years.
Read more at the Philadelphia Citypaper's Naked City Blog!
Posted by GroJLart at 1:48 PM 1 comments 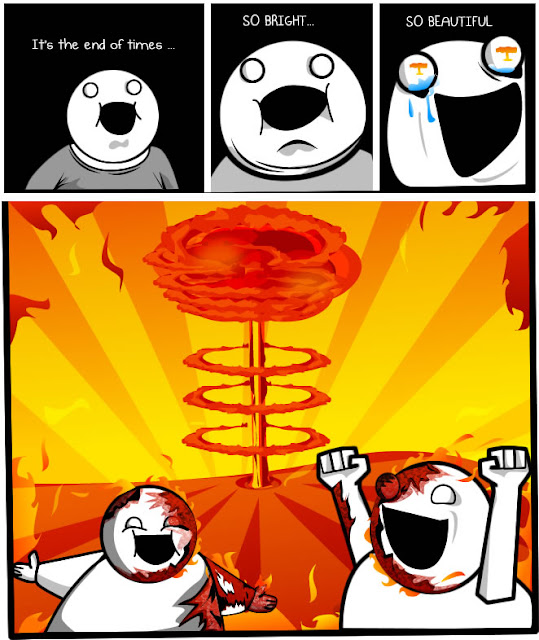 Oh yeah, FUCK THE MEDIA for turning something serious like American Politics into a RAH RAH GO TEAM discussion no better than an argument between rival sports teams. On a completely unrelated note, Naked City Blog is going to be busy today (obviously) so this week's Dead-Ass Proposal will come out on Thursday.
Posted by GroJLart at 7:16 AM 2 comments 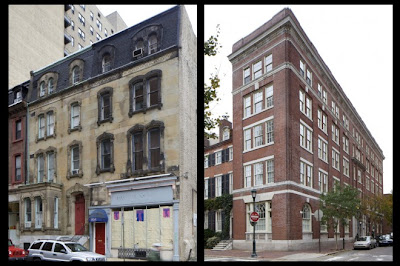 Here we have two seemingly unrelated buildings... one from 1869 and one from 1909. What could they possibly have in common? Its not their styles, its not their uses, its not their builders, nor is it their occupants. These two buildings, 4 decades apart, are connected through their architect: the Bunker-Busting Roarchitect of Philadelphia, Frank Furness. These structures illustrate two extremes-- 2106-08 Walnut is the earliest surviving Furness building in the city, while 222 Washington Square (aka 712 Locust) is the latest.
Read more at the Hidden City Daily!
Posted by GroJLart at 7:57 AM 1 comments