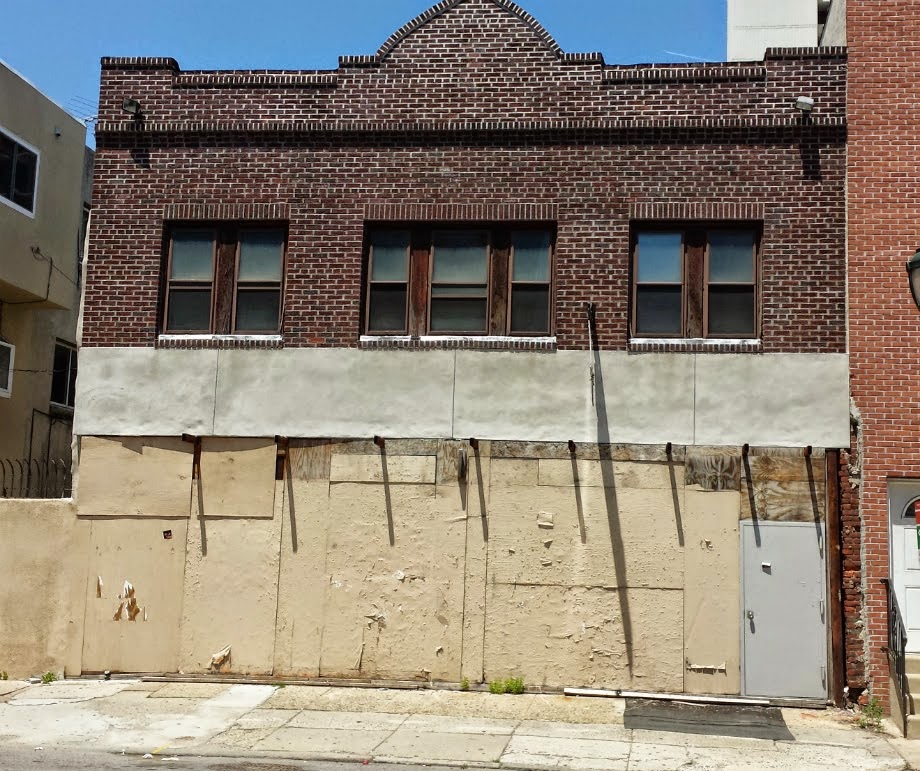 Owned by a doctor that works down the street
Is this shitty storefront, anything but neat
People say it was built Nineteen Eleven
But really its from Nineteen Thirty-Seven
That's back when Segal's Nickelodeon fell
And then this was built after it went to Hell
I'm sure back then in its day it looked just fine
Designed by architect J. Ethan Feldstein
For the Kaufmann Family to make some bread
Event hall with apartments-- low overhead
Over decades the Kaufmanns made a huge stack,
Also owned the Rodman Street house on the back

In the Mid-Twentieth, the hood went to shit
Huge projects built nearby did not help one bit
When Kauffman's event hall was left in the lurch
Came Macedonia Congregation Church
The last use I think this building's ever had
And if I'm right about that, it's fucking sad

This shitbird is Forty-Five Hundred square feet
With a nice parking space off of Rodman Street
Access from the 40 Bus and Broad Street Line
You'd think this would be able to fill just fine.

Although very few of their names are supplied,
A great many have failed, but many have tried
Theater troupe, tanning salon, Juniper Bar
Just a small few that tried but could not get far
Ev'ry time, things managed to get in their way,
Two even got approval from ZBA

So what the hell is wrong? How can this be?
After all these years and nearby building spree
That someone can't come along and save this spot
From all the shitty blight, plywood, trash and rot
Call that number on the sign and say it sucks
That the place is empty... then offer 5 bucks
Take a risk like it's a fucking baseball bunt
You can be the hero that will FILL THIS FRONT!!!

Posted by GroJLart at 8:14 AM 1 comments 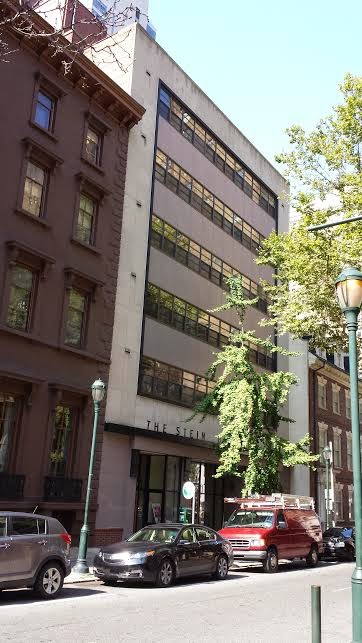