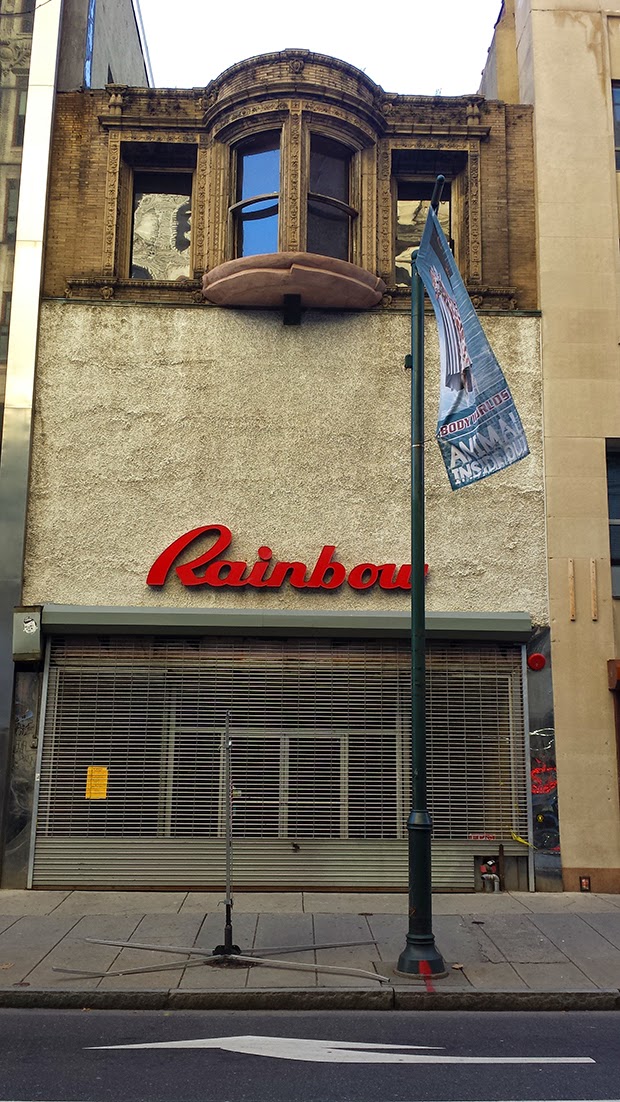 Posted by GroJLart at 8:35 AM 0 comments 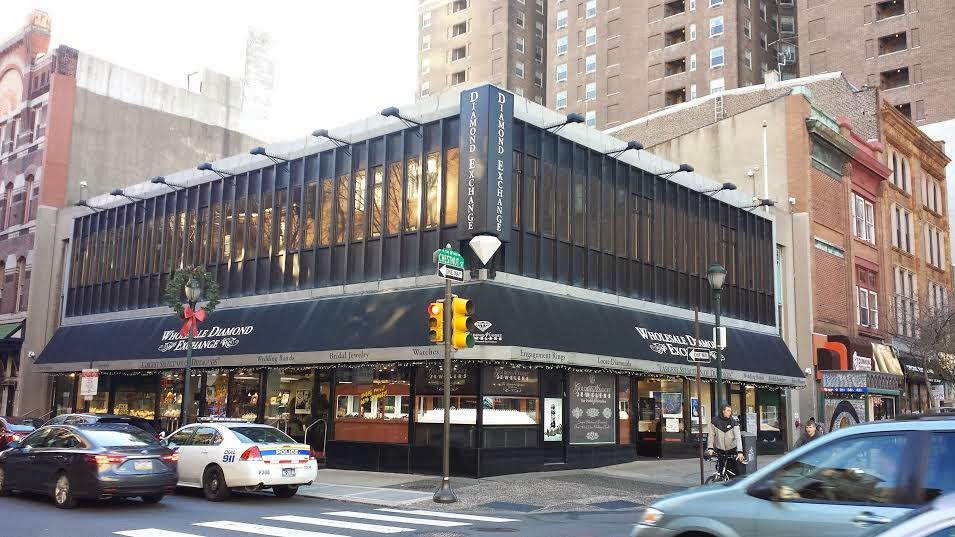 Dammit, 8th and Chestnut, why do you suck so much!?!? This was once the goddamn nexus of the city, where commerce, the press, and our finest hotels all met at one kick-ass corner. Nowadays, not only does it look like crap, it has looked like crap for half a goddamn century! The Northwest corner has had a surface parking lot on it for over 60 years. The Northeast corner has had a shitty parking garage on it for over 50 years. The Southeast corner has a bad alteration of a 1850's commercial building. Then there's this, the Southwest corner, worst of them all!
Back when this corner kicked ass, this location was home to the Times Building. What building? THIS BUILDING:

This building actually managed to survive all the way into the 1960s despite a series of fires and having its top floors chopped off. Even in its final form, it looked better than anything else at the corner.

In the late 1960s and early 1970s, the Public Federal Savings & Loan Association went on a crazy building spree, throwing up new branch offices all over the region. Included with this would be a brand new main branch. The location? This corner, 8th and Chestnut... probably chosen because of its proximity to their old office at 705 Chestnut. Luckily, the Annex of the old Times Building still stands.
The architect for this and the majority of the other branch buildings put up during this building spree was Steven J. Matthews. This one was proposed in 1969 and was banking away by the time the 1970s began. Public Federal Savings & Loan was done with this spot by the early 1980s and a law firm later took over the place.
In 1986, the Hyde-Pride Investment & Development Company of Los Angeles came along and wanted to open a Wholesale Jewelers Exchange in this location. It would be their third such spot like this and their first on the East Coast. The model was to get small-time jewelers who could never afford a whole storefront in the Jeweler's Row district to be able to rent a small space in the Exchange and therefore be able to represent in the city's main jewelry-buying location-- a Jeweler's Row within Jeweler's Row. The place opened in March of 1986 as the Sansom Wholesale Jewelers Exchange (though not location on Sansom Street) with only 6 out of the 45 booths open, but leases were already signed for many of them. It didn't take too long for the place to fill right up.
Jeweler's Row old timers were PISSED about this existence of this place, thinking it would force the prices of jewelry in the other stores to get slashed (jewelry is artificially scarce anyway) and that the place signaled the beginning of the end of Jeweler's Row. Well, its nearly 30 years later and this place and Jeweler's Row are still going strong. The same dudes who were complaining about this place are still in business, by the way. The exchange changed its name to the Wholesale Diamond Exchange and did a renovation of the exterior of the ugly building they're in around 2008.
I advocate the destruction of this building in the name of re-engaging the corner of 8th and Chestnut. This corner is 2 goddamn blocks away from Independence Hall and one block away from the huge transit nexus at 8th and Market. Its has such massive potential but is held back by the mistakes of the mid-20th Century. If this and the huge parking garage catercorner to it were taken out, that would give 3 out of the 4 corners here prime for awesome development. This is a fantasy of course, its not like the owners of these buildings, who are no doubt making mucho $$$ off of them, will sell just because I said so.. but one can dream.
However, consider this: there will eventually come a time when there will be preservationists who want to save shitty 1970s urban architecture. Its already begun regarding obsolete urban buildings from the 1940s and 50s, which no one ever cared about until they were endangered. Even an ugly, obsolete 1951-built Public Federal Savings and Loan building in Wynnewood has people going nuts over its possible destruction.
Therefore, if this building doesn't get replaced now, people will be diving in front of the wrecking ball when the time actually comes. This corner needs HELP and NOW is the time to make it happen.
Posted by GroJLart at 7:38 AM 2 comments