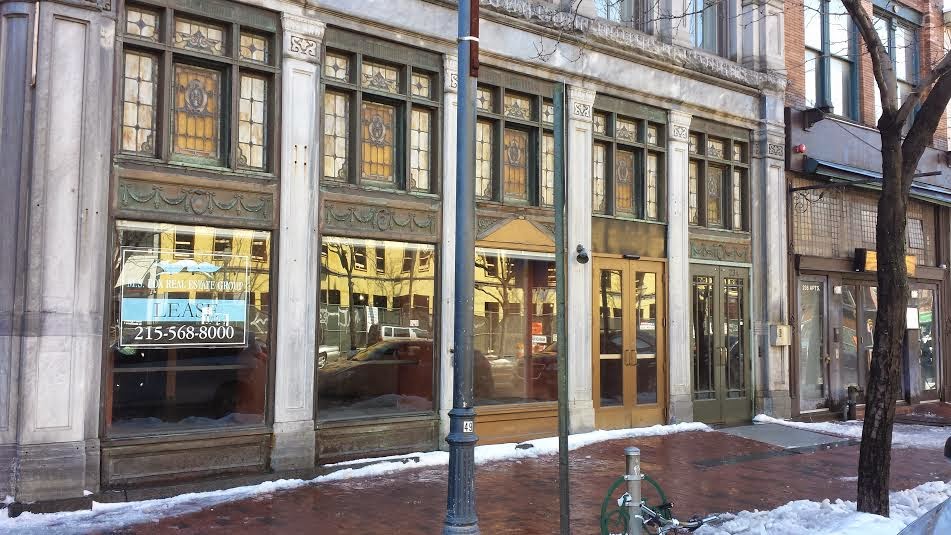 Nearly 2 years later, the motherfucker is still sitting there empty. But why? This location gets an insane amount of foot traffic by tourists during the day (especially in spring/summer) and by assloads of drunken wastoids at night. Its accessible to transit via an EL stop located on the same block and is a block-and-a-half away from a major bus hub. Even if you want to come by car, the place is right near I-95 and there are plenty of parking garages nearby. Did I mention that this neighborhood also explodes with foot traffic on the first Friday night of EVERY month!?!?
This is a 9,000 square foot (read: HUGE) space that can hold 200 people. There's a private event space and a gigantic fucking kitchen that still has 80% of its shit still there. The Market Street exposure of the place is 75 feet wide and goes hundreds of feet back on Bank Street. The leasing is being managed by M.S. Fox Real Estate Group. Here's the listing, which also indicates that the space could be used as a "first floor loft style technology space" as well. It goes for $23/sq ft NNN, so $207,000/yr plus the Triple Net.
Go ahead and grab this bitch-bastard before the Spring influx of tourist traffic. Get over there and FILL THIS FRONT!
Posted by GroJLart at 7:22 AM 2 comments 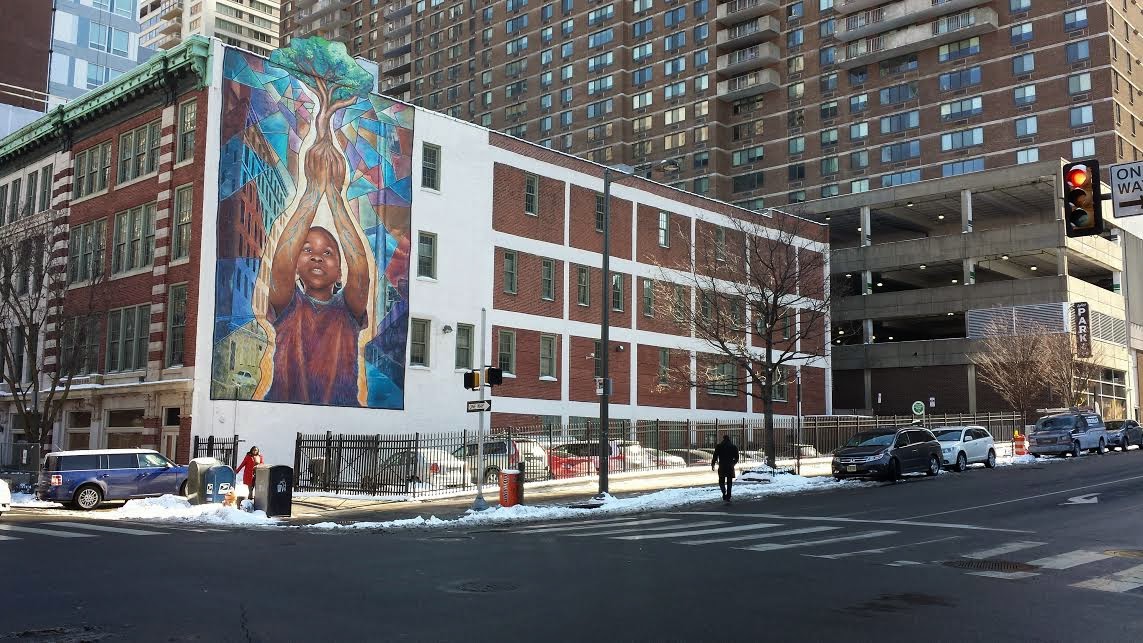 Ok, so I don't really do Empty Lot of the Week anymore but there are some still left that I've never talked about that irk the shit out of me. This one right here sucks monkey nuts. It's been empty for 71 years and has even once been considered for development. Nonetheless, its still remains, looking like asstrash.
The last building to occupy this space was a 4-story mega-mansion built about 1898 under the designs of local architect Joseph Cather Newsom shortly before he fucked off to California and became famous there. The mansion went through a lot in its short life, from a stately single-family home to decent apartment building called The Braddock to a seedy-ass flop house called Hotel Bechtel.

In 1944, the decrepit old building was seen as a shitty vestige of the past and unceremoniously demolished while under the ownership of the Girard Trust Company. Ever since, this space has been parking cars or doing other car-related shit. After being a Budget Rent-A-Car for a couple of decades, contractor Sidney Elkman proposed a 14-story building for this lot. It had a hard time getting through zoning but was eventually approved. Of course, it was 1967. Had it been built, this would be a Butt-Fugly Building rant instead. Here's the rendering. See what I mean? Blecch. At the time, there was a small revitalization of this hood with small commercial buildings. Every last one of them was ugly as crap. Only a few got built and at least one has already been demolished.
After that Elkman project failed, the lot went back to being vacant, then was used as a parking lot and later as a car rental agency again. In 1982 and 83, the Diaphane Building next door to this lot was restored and the space became that building's parking lot... a role that it has held ever since.

In 2000, a mural called Reach High and You Will Go Far was installed on the party wall of the Diaphane Building and has probably locked this place in as a parking lot for all time. I say this because if ever someone comes along and makes it their business to put a building on this empty-ass piece of shit lot at a prime corner location, NIMBYs are going to start dropping from the skies screaming about how that dated-looking mural will be lost forever.
Anyway, with 1924 Arch and CITC being built less than a block away, and Liberty Property Trust nabbing all the shitty lots and buildings on the 1900 block of Arch, this lot has a lot more potential than its had since ol' Sidney Elkman was interested in it. Hopefully the owners of the Diaphane Building understand this and will sell if off to someone who will make better use of it. Pfft.

Posted by GroJLart at 7:43 AM 0 comments