Newsflash!! Morons Stay Up All Night Waiting in Line for a Fucking Phone


One day in the future, some high school textbook will have a chapter describing our time labeled "The Fall of Western Civilization". On the front page, they'll show a picture of  a bunch of morons waiting in line all night to buy a fucking phone.
I'm not anti-capitalist or anti-consumerist or anti-Apple, but I'm proud to say that people who care this much about the release of a stupid phone are fucking nuts. Its very rare that I get to take the moral highground on, well, anything, but in this situation... what a bunch of dumbasses. Nothing is worth doing this... nothing. I may care to expand on the intracacies of historical information about a specific and obscure piece of construction, but I don't care about ANYTHING this much. If a store was selling Willis G. Hale's bones for $5 each, I would still at least wait until after I got home from work to go buy one.
By the way, that picture above is not from this morning or yesterday, its from THREE DAYS AGO. Those fucks are still in line as of this writing. You have nothing fucking better to do than wait in a line for three days? FOR A PHONE!?!?!??! Go to hell.

Remember that time Mayor Street waited in line for a phone on city time? That corrupt bastard had the gall to make a bunch of shitty excuses trying to justify it... I remember some newscaster interviewing him live while he was on line, saying something to the effect of "Are you fucking insane?!?!?!?"

﻿
People don't just do this shit about phones.. they do it for sneakers, video games, dvd releases.. all kinds of shit. I very rarely get to tell people this, so let me indulge:

Posted by GroJLart at 7:59 AM 0 comments 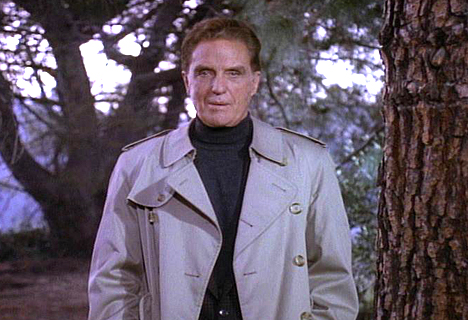 Hello, this is Robert Stack and you are now reading this in my voice. Since the inception of Philaphilia in April, 2011, quite has bit has changed in our fair city. Play this Youtube clip for the appropriate music:

Update! The Broad Street Shitjungle has been cleared a bit and now sports renderings of the upcoming Southstar Lofts. Build it!!

Update! The newest incarnation of Race Street 205 is getting tons of support despite NIMBY concerns. A new rendering is out there and zoning notices have been posted on the site. Build it! 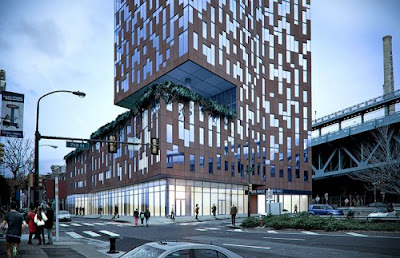 Update! The crappy new 9/11 Memorial was dedicated on September 11th. Whoda thunk it?

Update! The shitty Bicentennial Bell Tower is one step closer to being destroyed... renderings showing the (crappy) design of the new American Revolution Center have been released.

Update! In case you've been under a rock for the last few months, the new Barnes Foundation museum is now open to the public. Go check out its kitchen countertop facade up close!

Update! Construction is about to begin at 3737 Market Street, eliminating one of the two University  City Science Center lots. Huzzah!

Update! A new proposal has come along for the World Trade Square site, a crappy-looking and unlikely residential complex by the same "developer".


Update! Another addition to the Fisher Translational Research Center/Roberts Proton Therapy Center is currently under construction. That was fast!!

Update! The Shitz Carlton Waldorf Awhoria Fail Lot will soon be no more!! A Philadelphia W Hotel is in the works for this spot and is now fully approved, with funding!!! Construction is to begin in the Spring. Huzzah! Build it!!

Update! The Deadly Disappontment Lot is gone! Construction continues on the disappointing-looking Home2Suites that will replace it. Huzzah!! 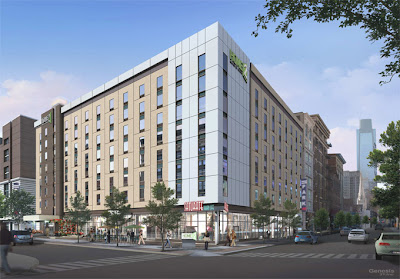 
Update! The Great NIMBY Memorial is one step closer to disappearing. Toll Brothers is about to start building a crappy residential development. NIMBYs will probably kill it before it starts.
﻿
Update! The G. Fred Diboner Lot now is the site of a new 20+ story residential building proposal by Brandywine. No renders yet, but at least there's hope for this shitbird of a lot.

There are still many unsolved Mystery Buildings that need your help. For every development, there's someone, somewhere, who knows the truth. Perhaps that someone is reading this. Perhaps... it's you. If you have any new or extra information relating to articles posted at Philaphilia, write to us at rhaandarite@gmail.com. You need not give your name.
Posted by GroJLart at 6:28 AM 6 comments

Email ThisBlogThis!Share to TwitterShare to FacebookShare to Pinterest
Labels: Update 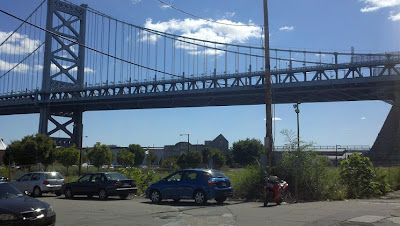 What a pathetic pile of shit. This particular piece of land has no excuse to be so empty. This thing was more occupied when it was half river. The past decade and some change marks the ONLY time this lot has been empty. Fucking horrible!!
Read more later today at the Philadelphia Citypaper's Naked City Blog!
Posted by GroJLart at 8:48 AM 0 comments