Philadelphia is BACK and there's nothing you can do about it. Nothing.

NOW!
Is there any other point in Philadelphia history when renderings for a new building could be found on a bus? This has to be a record or something. However, as silly as it seems, this is a good thing. This is a sign that Philadelphia big-ass building development is BACK. Motherfucker.
A buttload of construction is going on right now... more cranes in the sky at once than we had during the last boom. The new buildings aren't THAT gigantic but they are the kind of infill that the city has needed for years. Besides all the new shit going up, lots of old shit is getting renovated or about to be. Even as this has been going on, I was in denial about new shit being built in Philly--- like this was a blip.
Well, I'm finally gonna admit to all of you that Philadelphia is BACK in the big-ass construction game and there's a shitload more to come. The newest proposals include a 27-story office building at 19th and Arch (across from apartments about to be built), a 500+ foot W Hotel, some (mediocre) waterfront stuff, and new midrises/renovations for Old City, Chinatown North, and West Philly. Also, older proposals have returned from limbo-- hence the picture above.
On top of all that, PREIT is soon going to present its plan for the Gallery-- a $300 Million project. You could buy a skyscraper for that, so they'd better make it good... or a skyscraper. This has the potential of saving the shittiest part of Center City. Speaking of shitty parts of Center City, even Chestnut East has been showing improvement.
Back in 2007 or so, we had so many things in the proposal, site prep, and construction stages that it was difficult to keep up with all of them. Legendary Philaphile Brad Maule organized them into a single spreadsheet called The Skinny to keep us all atitty of the situation. Well, those times are back... except without the spreadsheet. Anyone out there want to take on the task of making it? 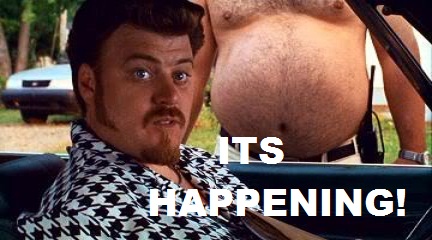 Posted by GroJLart at 6:25 AM 7 comments 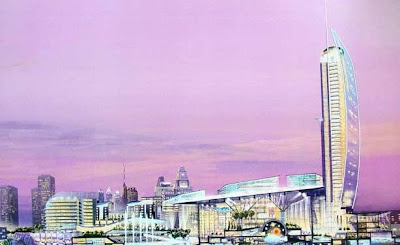 Penn's Landing... is it cursed? No matter what the proposal for its redevelopment is, practical or impractical, kick-ass looking or silly-looking, none of it ever happens... ever. This city has been trying to get this little spot on the waterfront developed since the 1950's and has either failed miserably or only gotten the initial pre-phases built every time. I wonder if it has something to do with that gigantic interstate highway running alongside?
Read more at the Philadelphia Citypaper's Naked City Blog!
Posted by GroJLart at 10:15 AM 0 comments 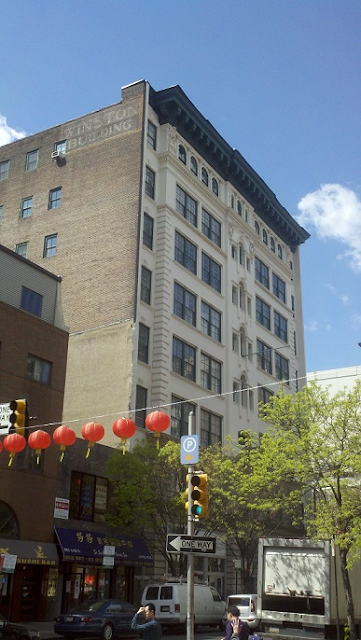 Wow, what a building. Chinatown's Winston Building, known to most Philadelphians as That Building In Back of the Bus Station, was once headquarters to one of the world's most prolific publishers, the John C. Winston Company. Beautifully restored, standing proud, and still sporting its original signage, this eight story beast shines like no other.
Read more at the Hidden City Daily!
Posted by GroJLart at 8:16 AM 0 comments