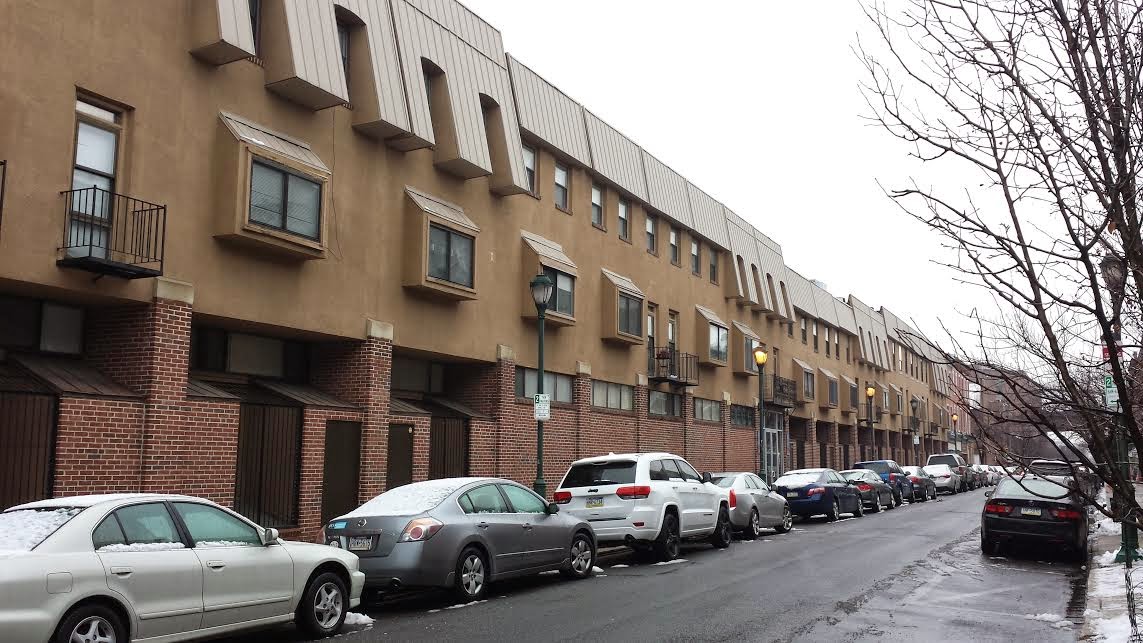 Its hard for me to walk down the 2000 block of South Street without puking and this is why. This shitty apartment building is a nearly block-long pile of putrescence that should have never been allowed to happen. See the length of this thing? That's how long it takes me to finish saying "FUUUUUUUUUUUUUCK" every time I see it.
Its long as crap, short as shit, and is covered in garbage stucco. It has the worst street level presence of any apartment building in this whole goddamn city, and that's saying something. What's with the doors without knobs? The caged-over skylights? The ribbon windows along the first floor ceilings? The uneven roof height? The windows sticking out of the damn walls? The cheap slanted metal roof-cornice things? WHAT THE MOTHERFUCK IS UP WITH THIS PIECE OF SHIT!?!?!? 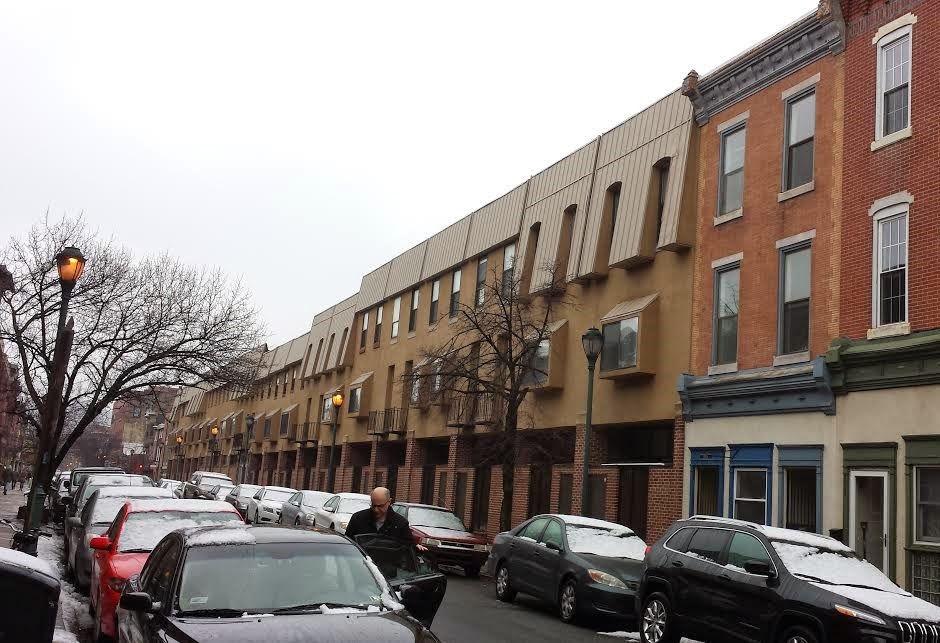 Well, I'll tell you. This building was not originally constructed as one building. This was a set of rowhouses between 2009 and 2051 South Street combined into 61 apartment units.

In 1977, a General Partnership called Union Investment Company proposed this abomination and, after getting their ass kicked by the ZBA for about 2 years, finally got approved and started what would become one of the ugliest things to ever hit South Street. The architect was Edward Harrison Bernstein, who despite being in his 80's still practices out of the former fitting-up shop and cleaning shed of his family's old iron works. You know the building-- its the ivy-covered shit at the southeast corner of 23rd and Cherry Streets.
I don't know exactly when it opened but it was completed by 1980. Ok, so I was just a fetus when this place was created, but how bad was this block of South Street back then that the building had to completely turn its back to the street? Places built in the same time period in the city's shittiest neighborhoods aren't even like this!
Some new owners in the mid 80s proposed a one story addition on that back that would include a pool and health spa. The ZBA, probably embarrassed that they ever let this thing get built in the first place, denied and denied the idea over and over again until they gave up.
Nowadays, this place is called "Liberty View Apartments" and is managed by PMC Property Group. Liberty View? You can't see the Statue of Liberty from this building! Do they mean the skyline views that that 3rd floor units have looking north? That's still not a "Liberty" view. For the longest time, I figured that this building was just showing its bad side to South Street and had its nice side on Rodman Street. Boy, was I wrong. On thin-ass Rodman Street, there's just a huge stuccoed wall running all along one side! 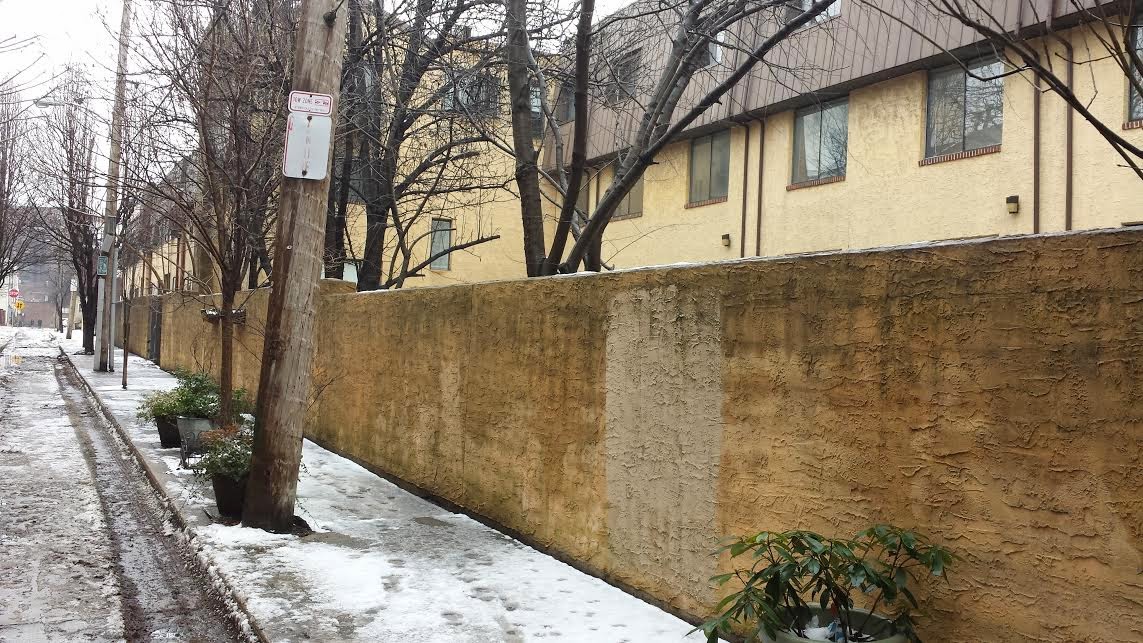 On the other side of the wall, some of the units have a small patio that faces out to some kind of cement-covered common area with bike racks and shit. What the fuck kind of "Liberty View" is that?

According to info I've found online, the apartments inside range from $1390-$1740 per month, which is pretty cheap for the area. Some have fireplaces and balconies.
Look, I understand that this end of South Street wasn't exactly a nice place until fairly recently, but there's no reason to ever build a nearly block-long building with no street engagement save a shitty glass entrance at 2031 South. Though it would be nice if this place was either destroyed or head-to-toe reconstructed, I'm pretty sure that's not gonna happen in my lifetime. So enjoy your shitty late 70s design, everybody. Its gonna be here for awhile.