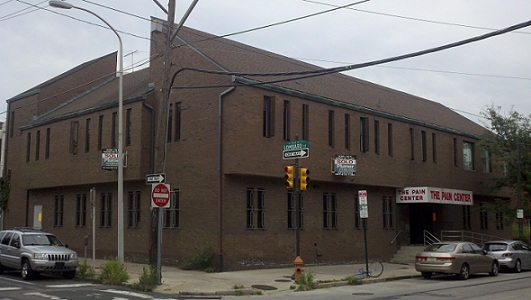 PAAAAAIIINNNN!!! That's what I feel whenever I see this thing. The fucking PAIN Center is one of the ugliest buildings in Wash West and has been making people feel pain since 1969. This brutalist pile of shit was considered quite the cool building when it was constructed, but now everyone hates it, and rightly so.
In the 1960's, what is now Washington West was a fucking shithole. While a 3 decade long gentrification process was in the works, the corner of 12th and Lombard was still somewhere no one wanted to be. Dan Rose's book Black American Street Life, South Philadelphia 1969-1971 paints a pretty sorry picture of the neighborhood, even though Mr. Rose calls this area "South Philly" and calls 12th Street "Fourteenth Street".
In 1969, such a corner was considered a perfect location for a psychiatric rehab center for alcoholics, drug addicts, and the mentally ill, called Horizon House (not to be confused with like a million other places with the same name). The design, by the Francis, Cauffman, Wilkinson & Pepper firm, was intended to make the institutional building not seem so much like an institutional building. How did they do that? By making it AS UGLY AS FUCKING POSSIBLE!!!
Brown terra cotta bricks, tiny-ass bronze-tinted windows (with bars), and that stupid sloping roof that can't decide which direction it's going. What an insult... its like they're saying that the design of the building should be mentally ill in order to match the people going there. Really, this building is a 20,000 square foot pile of fuck.
Eventually, Horizon House got tired of looking at this fucking thing and moved out to superior quarters. The building became crappy medical offices and shit until being sold to new owners in 1997 for $975,000. At about the same time, Wash West residents started noticing this silver Lamborghini driving around that would park itself at this crappy building. The asshouse now took on a new name that described it well... the PAIN Center.
The Pain Center would continue on for the next 15 years, until the guy running the place got busted for insurance fraud and the building went up for sale. Though they originally asked for $5 million, the listing eventually dwindled down to $3M. It was purchased by developer Virgil Procaccino with the intention of demolishing the shitpile (hooray!!) and replacing it with some super-fucking-gigantic houses designed by Harman Deutsch. 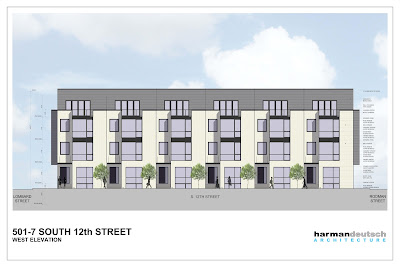 Ok, so they're not the best-looking houses ever, but they're waaaaaaay nicer than the shitty Pain Center. Its a wonderful, wonderful feeling to know that such an ugly building will be eliminated from this area forever. Now to meticulously remove any records of the building from history... I'll do it later.