This building pisses me off. Its actually quite beautiful if you take a good long look at it, but you can see in the picture that its been mangled up beyond recognition with crappy little storefronts and boarded-up windows. You can tell that this thing was once a fine building with an important use but shit changed and now its crap. The primary mystery about this building is when it was built and who the fuck put it there.
The earliest record I can find of this building goes back to 1880. That's the year that the Union Republican Club moved in. The Union Republican Club was one of the many many Republican clubs located in the city back when it was the country's primary Republican stronghold. It began as a result of the Union League. Back in the day, there were some members of the Union League that were rich but not exactly super-balls-out-mega-rich like most of the others. This small group of cheapskate tycoons started their own Republican club, the American Republican Club.
That club didn't last very long... once the Civil War was over nobody gave a shit anymore. A handful of members who enjoyed having a club where they could get away from their wives and families and make dirty deals behind closed doors with cigars and whiskey and shit, but not have to spend through the nose to do it, started their own club in 1874: the Union Republican Club. Six years after their founding, they became quite popular and moved into 1039 Chestnut Street. The club was so successful that by the mid 1880's, they were already talking about franchising out to Broad and Diamond Sts. As they got bigger, the !?!??!?!! Building beame too small and they moved to larger quarters at 7th and Chestnut. Later on they moved to somewhere on Girard Ave.

Some time starting in the mid-1880's, a small manufacturer called Hess and Son was located here, but who the fuck knows what their deal is. The only other records I can find are regarding shit that was in the storefronts. Columbia Phonograph Company, a shitload of jewelry stores (which is funny because Gold Galore is there now), and Godfrey Mahn Cigar Importer, which you can see in this picture by Frank H. Taylor, the GroJLart of the turn of the 19th/20th Century

Some time in the early 20th Century, the facade was altered. The current owner purchased the place in 1982 for $300,000 and has been sitting on it ever since. The corner property goes through storefront changes almost every year.
So the question still remains... who the fuck designed this thing and when and WHY?!!! Even Philadelphia Architects and Buildings Project, which is usually on the ball about this kind of shit, doesn't fucking know. The Pennsylvania Historical and Museum Commission thinks it from 1890, which is impossible being that the Union Republican Club was in there 10 years before that.

It would be great if a new owner with balls of platinum got their shit together and restored this building to its former glory. I hate to see a building with empty upper floors, just sitting there being a rat and roach mega-castle. Does anyone out there know the truth? E-mail me rhaandarite@gmail.com if you know the truth! 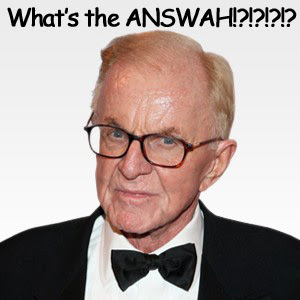